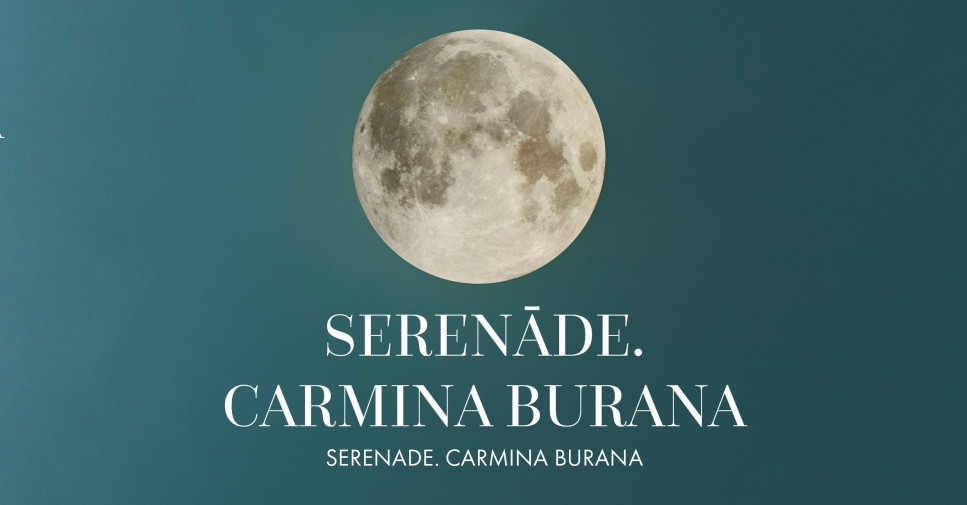 The Latvian National Ballet will begin its centenary month with the premiere of the production Serenade. Carmina Burana, on November 5. For the Latvian audience ballet Serenade will be the first introduction to the outstanding work of the 20th century choreographer George Balanchine, while Carmina Burana will be a reunion with the contemporary choreographer Edward Clug. The music director of the new production is Mārtiņš Ozoliņš, conductor - Kaspars Ādamsons.

George Balanchine is considered the most influential classical ballet choreographer of the 20th century and the founder of neo-classical ballet. In the 1920s, he was the choreographer Sergei Diaghilev’s legendary Ballets Russes. His founding of the School of American Ballet in 1934 opened the way for the development of classical ballet in the United States. He founded the New York City Ballet in 1948 and was its artistic director and leading choreographer until the end of his life in 1983. He choreographed hundreds of ballets during his lifetime and worked on Broadway and Hollywood projects, as well as in opera and television. Ballet Serenade by George Balanchine is considered one of the cornerstones of dance history. This visually poetic choreography was originally created for ballet students. The ballet Serenade is based on Peter Tschaikovsky’s Serenade for String Orchestra in C Major and was first performed in 1934 by students of the School of American Ballet at the estate of Felix Warburg outside of New York City.  It is Mr. Balanchine’s most performed ballet, licensed to this day by schools as well as ballet companies all over the world.

Edward Clug's contemporary choreography is based on the legendary oratorio Carmina Burana by German composer Carl Orff (1895-1982), which illustrates the twists and turns of human life subject to the whims of fate. The central symbol of the oratorio, the wheel of fate, turns, transforming joy into bitterness and hope into mourning. The main visual element in Edward Clug’s choreography is the circle – the simplest and at the same time the most complete natural form. Carmina Burana premiered at Les Grands Ballets Canadiens in Montreal in October 2019.

The first opportunity for the Latvian public to get to know the choreography of Edward Clug was in 2016, when the Latvian National Ballet staged the contemporary ballet Peer Gynt. Carmina Burana he will create together with the same team – set designer Marko Japelj, costume designer Leo Kulaš and lighting designer Tomaš Premzl.