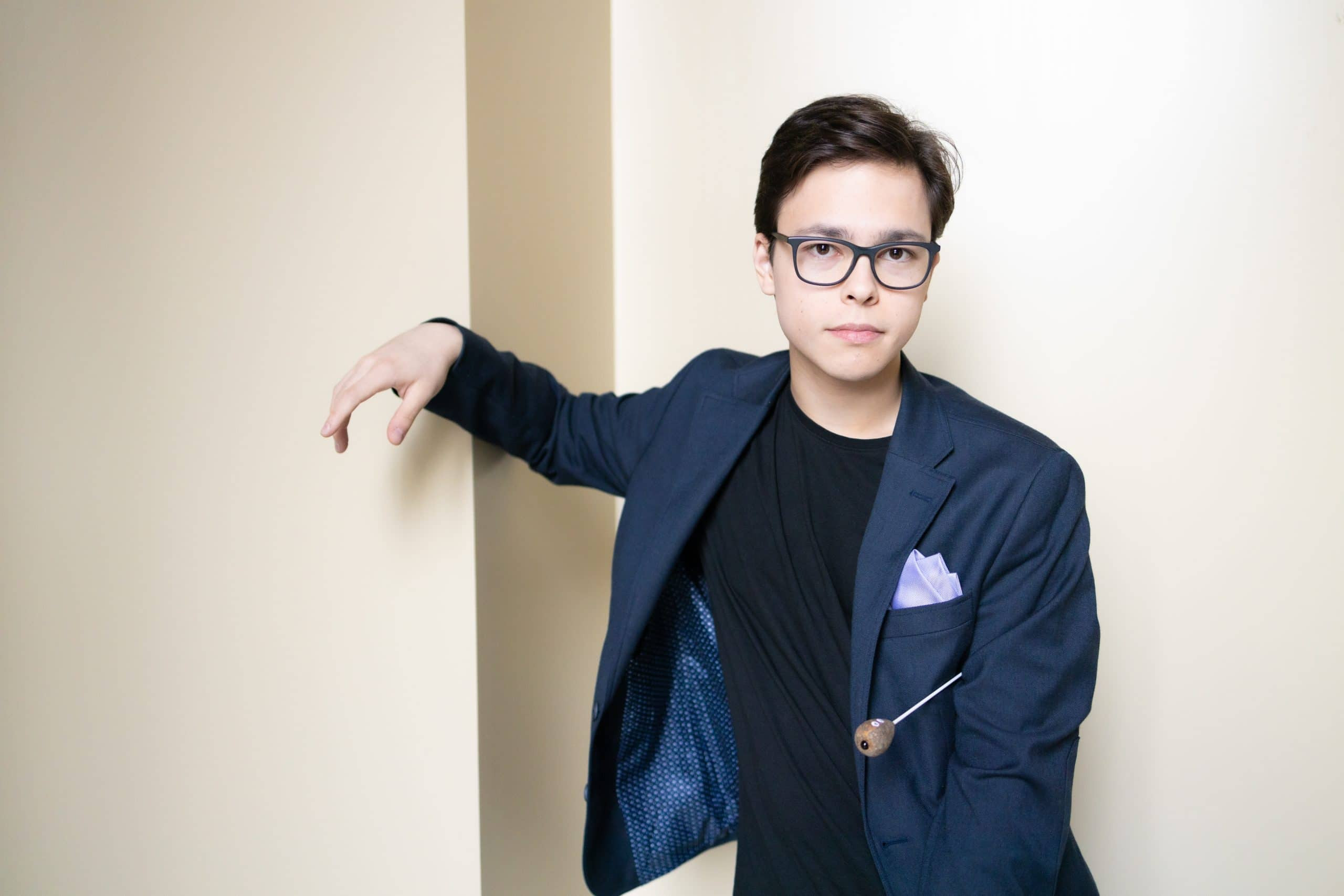 At the beginning of the 2022/2023 concert season, the 22-year-old Finnish conductor Tarmo Peltokoski will become the Music and Artistic Director of the Latvian National Symphony Orchestra (LNSO). The French music magazine Diapason has written about him: “Attention, a genius!”

“There are many talented young conductors all around the world, and, in previous seasons, we invited several of them to take the podium of the LNSO in search of the orchestra's next Music and Artistic Director. In January 2022, Tarmo Peltokoski arrived in Riga from Finland, and already on the second day of rehearsals it was clear that he was the one we were looking for! He captivated the musicians with his compelling musical ideas and delighted them with his intelligent respect for the music and those performing it – working together was a real treat. Four months after our first meeting, we are very pleased to announce that, as of the 2022/2023 season, Tarmo Peltokoski will be the Music and Artistic Director of the LNSO. We are looking forward to a vibrant and eventful journey into the world of music!" says Indra Lūkina, General Manager of the LNSO.
In June 2021, Finnish conductor Tarmo Peltokoski made his acclaimed debut in Germany with The Deutsche Kammerphilharmonie Bremen. The mastery, curiosity, and passion for detail of every one of the orchestra’s members created the perfect circumstances for his first appearances, making the concerts a resounding success, which led to a series of immediate reinvitations. In February 2022, Tarmo Peltokoski was awarded the title of Principal Guest Conductor by the orchestra, the first conductor to hold this position in their 42-year history.
In the 2021/2022 season, he made his debut on the Berlin stage with the Orchestra of the Komische Oper, the Frankfurt Radio Symphony Orchestra and the Orchestre Philharmonique de Radio France. Significant upcoming debuts in include the Rheingau Musik Festival, Schleswig-Holstein Musik Festival, Beethovenfest Bonn, Cologne Philharmonie, Elbphilharmonie Hamburg, Musikverein and Concertgebouw Amsterdam, Konzerthaus Orchester Berlin, the Rundfunk- Sinfonieorchester Berlin, Toronto Symphony Orchestra, the Rotterdam Philharmonisch Orkest and the Orchestre national du Capitole de Toulouse.
Moreover, Peltokoski conducted his first complete Ring of the Nibelung cycle at the Eurajoki Bel Canto Festival in Finland. In addition to being a talented conductor, Peltokoski is also an accomplished pianist. In 2018, he was named Young Musician of the Year by the Pro Musica Foundation.
In reference to his recent debut at Radio France in Paris, the French music magazine Diapason writes: "Attention, a genius! Yes, we know: you have heard that a lot. But it is important to note that the debut in France of the young Finnish conductor Tarmo Peltokoski was marked by the seal of excellence. The young Finn demonstrated an elan and musical instinct that leaves one speechless."

Andris Poga, conductor and artistic advisor of the LNSO, emphasises Peltokoski's charisma and connection with the musicians: "Last year, when many concerts were still only available online due to the pandemic, my attention was caught by a concert from Bremen, where The Deutsche Kammerphilharmonie was led by a young Finnish talent, at the time unknown to the world. The young conductor's charisma and the connection he had with the musicians were evident, as was his original view of the music performed. I decided to invite him to Riga, and from the very first rehearsals it was clear that the musicians trusted him, which produced unmistakable results at the concert – the affection was mutual. It is my firm belief that Tarmo's work as the LNSO's Music and Artistic Director will be productive and exciting for artists and audiences alike, both in continuing the direction of the repertoire we have taken over the last few years and, of course, in reaching new heights.''

Tarmo Peltokoski, Music and Artistic Director Designate of the LNSO, states: “It is a great honour to be chosen as the Latvian National Symphony Orchestra’s Music & Artistic Director.The LNSO is an outstanding orchestra. I have so many visions for them and am especially thrilled that I will get to shape the orchestra’s artistic profile through my own programs. Greatly looking forward to an exciting future together!”