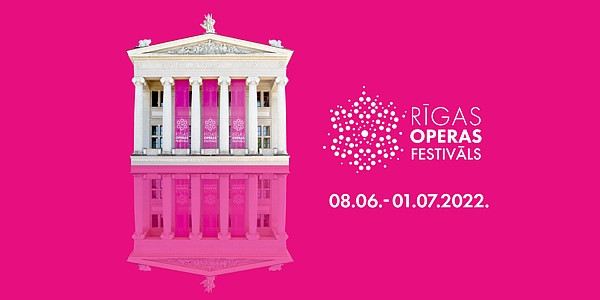 After a three-year break, the Latvian National Opera and Ballet invites to the Riga Opera Festival again. The festival will take place from June 8 to July 1, 2022, and will feature new productions from the past two seasons, as well as the traditional Gala Concert.

Riga Opera Festival, founded in 1998 as the first festival of its size and scale in Eastern Europe, it has already become a treasured tradition. The festival is highly anticipated by both Latvian audiences and opera-lovers from abroad, which form the majority of all Riga Opera Festival fans. Every summer it concludes the season of the Latvian National Opera and Ballet, showcasing the most spectacular events of the past musical year.

This year the Riga Opera Festival program will include operas "Simon Boccanegra" (June 16 and 19) and "Aida" (June 9) by Giuseppe Verdi, "La Cenerentola" (June 11) by Gioachino Rossini, "Hamlet" June 18) by Jānis Kalniņš and "Don Giovanni" (June 15 and 21) by Wolfgang Amadeus Mozart. Several guest conductors will lead the performances alongside the conductors of the Latvian National Opera. Maestro Pier Giorgio Morandi will conduct opera “Aida”, opera “Don Giovanni” will be performed under the baton of Alessandro De Marchi, but Francesco Angelico will be the conductor of the performances of “Simon Boccanegra”.

For the first time ever the program of Riga Opera Festival will also include new ballet productions: Petr Tchaikovsky’s "Swan Lake" (June 10), Krzysztof Pastor’s ballet "Dracula" (June 8) with music by Wojciech Kilar, as well as ballet "Nijinski" by choreographer Marco Goecke with music of Frédéric Chopin and Claude Debussy on June 12.