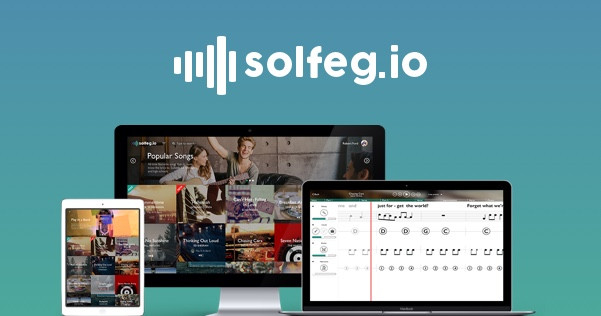 Over the first week of June, the winners of the "Midemlab 2020" music industry technology competition were announced. An app from Latvia, Solfeg.io, won the "Music Creation and Education" category.

More than 200 applications from 49 countries, including a company from Latvia for the first time, had been submitted for the competition, which so far had been won by widely known industry representatives such as Soundcloud, Kickstarter, The Echo Nest.

Solfeg.io is a music education platform designed to be used by schools and their students.

It teaches pupils how to play songs, with a catalogue of music – the company has a licensing deal with a large publisher already, and is seeking more – and built-in ‘audiovisual chatbot’ tech to deliver them.

Solfeg.io is free for teachers, and students can do their homework in it for free. if they want to learn more skills and songs, they pay an €8.99 monthly subscription.

400 schools a month were signing up before the Covid-19 pandemic, but that has since grown to 2,000 a month, with 28% of students going on to become monthly active users.

"Winning the competition is clearly an honor: it shows our ability to create an innovative product that can change how children and young people learn about music," said Toms Rusovs, CEO of Solfeg.io.