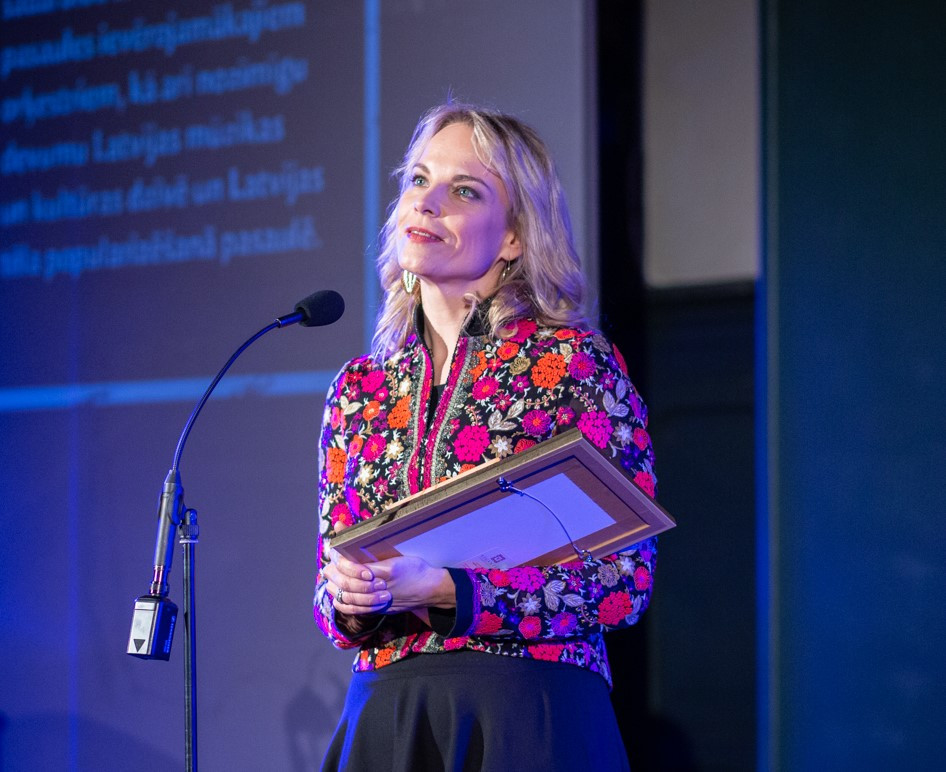 On November 28, Latvian mezzo soprano Elīna Garanča received National Excellence Award in Culture for outstanding and brilliant performances at the worlds most prominent opera theaters, solo recitals performed  in collaboration with most prominent symphony orchestras of Europe and the world, as well as a significant contribution to Latvian music, its cultural life and in promoting the image of Latvia internationally.

The award is initiated by the Ministry of Culture of the Republic of Latvia and this year over 20 applicants in total nominated their candidates for the award in fields such as visual art, art design, cinema, theatre, dance, cultural heritage, music, literature and publishing. Applications were revised by the Latvian National Culture Council and three candidates were distinguished to receive the award this year. Other recipients of 2019 award are ballet dancer Anna Laudere and art historian and painter Imants Lancmanis.

The aim of the national “Excellence Award in Culture” is to recognize the international success of Latvian artists and agents of culture, thus thanking them for their significant contribution to the promotion of cultural values of Latvia and for bringing the prestige of Latvian culture to the world. Each winner gets the award including the money prize of 7000 Euros.