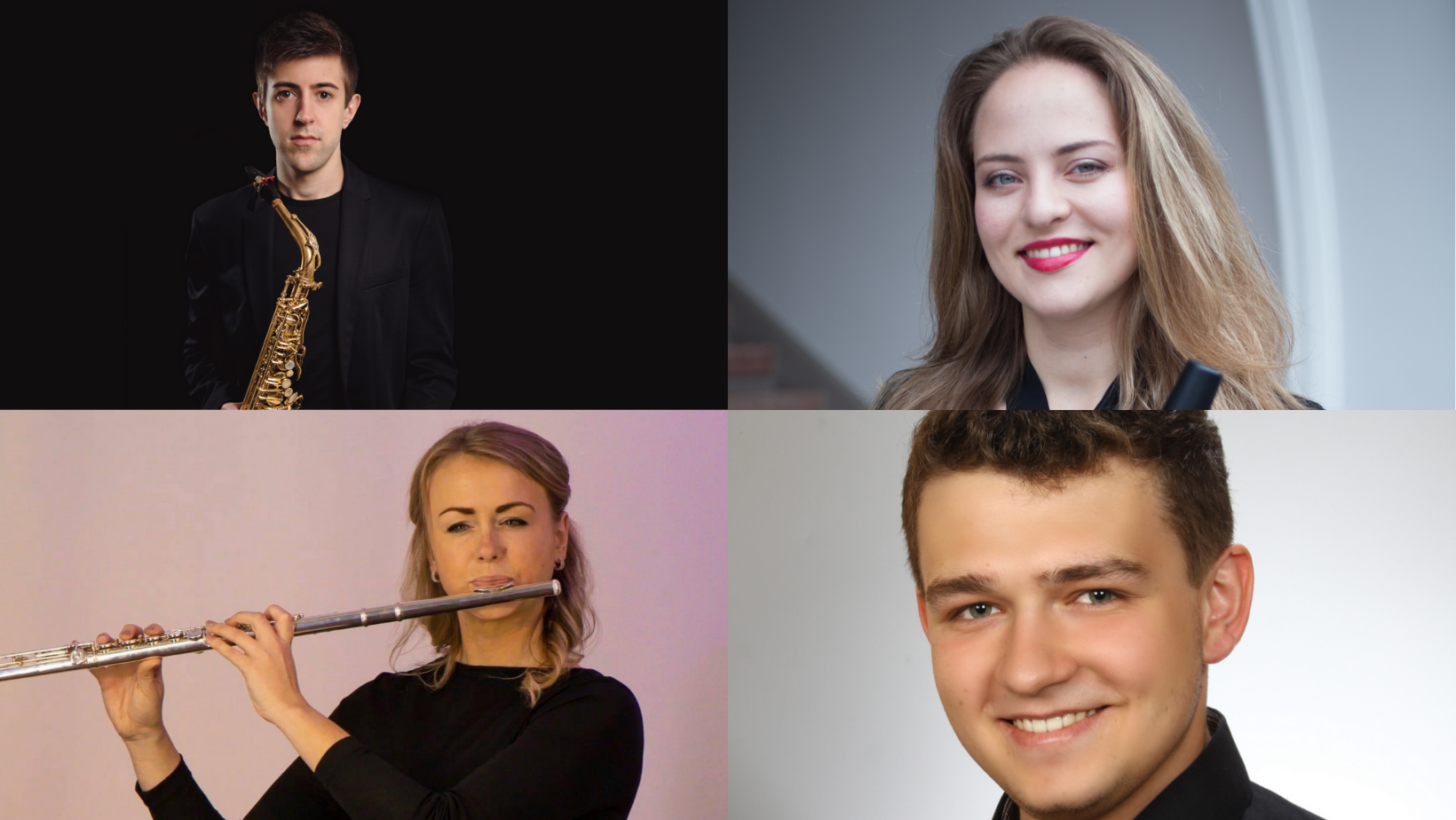 On 16 October at the Great Hall of the JVLMA the winners of the competition were announced.
The jury decided not to award any participant with the first prize, but saxophonist Alejandro Áyax Ljorente Gómez (Spain), clarinetist Anna Gāgane (Latvia) both received the second place, and the third place was given to flutist Egija Sproģe (Latvia) un bassoonist Szymon Michalik (Poland). Bassoonist Áron Mojzer (Finland) was awarded with finalist diploma.
The competition was open to musicians born in or after 9 October 1990. There were three rounds to the competition, and the participants were evaluated by an international jury comprised of flutist, associate professor of the JVLMA Ilona Meija and saxophone player, JVLMA professor Artis Sīmanis from Latvia, as well as top-notch musicians representing other countries – flutist Renate Greiss-Armin (Germany), oboist Christian Schmitt (Germany), clarinetist Karel Dohnal (Czechia), bassoon player Peeter Sarapuu (Estonia), and saxophone player Christian Maurer (Austria).
The Jurjānu Andrejs VII International Woodwind Competition is supported by the JVLMA and the Ministry of Culture of the Republic of Latvia.